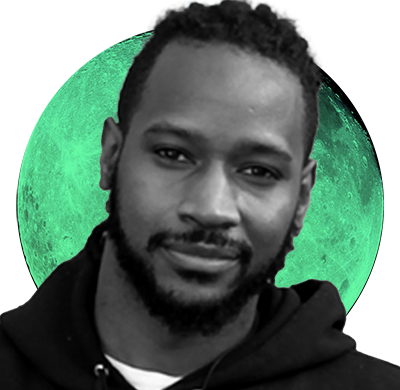 10 years ago, Jose Rodriguez took the creative skills he had learned in high school to college, with the intention of eventually opening his own creative agency. As they say, the best-laid plans of mice and men often go awry; Jose needed a job to pay his way for school and found a solid job at a food service company. 9 years down the line, he built a well-regarded career that took him from New York City to Southern California. All the while, Jose continued to freelance on the side, working mostly on logo and brand identities for small sole proprietors. It’s in California that Jose was able to surround himself with the right people that supported him as he opened the doors at Moonman Studio in 2019.